The García Villalobos family, after more than 40 years of successful leadership of the Logifrio project, transfers its ownership to Zolve, a Portuguese company with more than 20 years of experience in temperature-controlled transport and logistics in Portugal. At the same time, Alberto Sancho and Rosa Martínez, General Manager and Network Manager of the Logifrio Group, respectively, acquired a stake in Zolve, which will become the group's parent company for Spain and Portugal. In addition to maintaining their current positions, the two executives are also members of Zolve's Board of Directors.

The management buyout (MBO) of Alberto Sancho and Rosa Martínez follows a similar transaction carried out by Vitor Figueiredo and Manuel Rodríguez in 2020 when Zolve's capital was acquired from the multinational Greenyard. Together, as well as shareholders, the four executives will be responsible for the entire executive management of the group. Both operations were supported by the investment fund Vallis Capital Partners.

"During all these years I have felt the strength and enthusiasm to undertake, take risks and venture into this exciting world of logistics, they have been wonderful years watching the birth, growth and consolidation of the Logifrio Group, which I will always carry in my heart for all that it has given me, I believe that the time has come for a change in management and that it is planned in recent years.

We need to continue to make progress in an increasingly demanding and competitive market, while at the same time addressing the changes taking place in society, working on i) digital transformation, but not only as technological or process issues, but as a phenomenon that directly affects people and company cultures and requires new forms of team management, ii) greater commitment to the environment and iii) improved social responsibility.

It is important that companies work on these strategies to adapt quickly to the needs of the market and we believe that bringing Logifrio and Zolve together with an experienced management team allows us to tackle these challenges with energy, ensuring a better service to our customers and a solid future for our employees".

"This is a transaction between strong companies that know each other well and have been working together for years. Above all, it is an operation between companies that share the same culture, the pillars of which are to foster solid, long-term relationships, a high level of service, fluid communication and an attitude that generates added value for customers. Joining Zolve and Logifrio in the same group is a very ambitious project that will allow growth with a more integrated Iberian approach and a greater critical mass to develop innovative projects that will benefit the market in general".

"Both companies will maintain their current teams and management structure, focusing even more on their main point of differentiation: a very close management of customers and the market in general. This new structure brings Iberian vision and strategy to the temperature-controlled food logistics and distribution business, and establishes an even stronger benchmark in the sector for global, specialised solutions based on improving the customer experience. The LOGIFRIO brand, of recognised prestige in the Iberian territory, will continue to cover all of the Network's activity".

The new group's strategic plan for future development has a strong ambition for growth, either organically or through acquisitions to increase leadership in the Iberian market, as well as a commitment to improve the implementation of facilities in the main consumption points of the Peninsula. Significant investments are also planned with the incorporation of new technology to further strengthen adaptation to the new challenges of the market.

The operation of both companies will continue to be based on driving and promoting continuous improvement in processes, total commitment to sustainability and the application of Agile methodology in the management of the supply chain as vectors of value contribution for customers.

Logifrio has 29 branches in Spain from which it offers warehousing services, with more than 405,000 m3 of storage space, order preparation and distribution with a high degree of capillarity. The customer profile corresponds to the main manufacturers and distributors of food products, aimed at the retail channel, distributors and restaurants. It is also a member of the European Food Network, the main refrigerated food distribution network on the continent.

Zolve is one of the main players in temperature-controlled distribution logistics in Portugal, with extensive experience in the food sector and with leading clients in the retail, food industry and catering sectors. It has two facilities in Portugal with a total of 201,000m3 of cold storage, for logistics and copacking tasks for its clients, as well as transport and distribution.

The aggregate turnover of the companies reached 80.5 million Euros in the last closed financial year, and employed 500 people throughout the Iberian infrastructure. 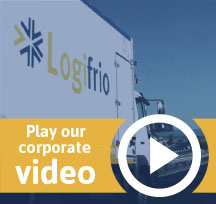 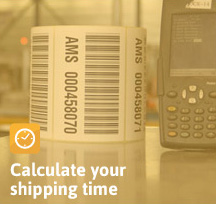